My husband and I climbed the flight of switchback, metal stairs at 24th and 10th Avenue. At the top, we viewed a crowd walking in pairs, some moving to the right, some to the left, on this elevated, garden path. Beautiful foliage surrounded each side of the track and we turned to walk downtown. Our destination: The new Whitney Museum. It forms the ending corner of the High Line at 14th Street.

As we walked, I was reminded of that saying, "If we build it, they will come." And we did! We came to see this garden path, to enjoy the flowers and have a chance to walk and enjoy the outdoors in a city covered mostly in asphalt and concrete and tall buildings. To the right is the Hudson River. When I look far out, I can see the outline of the Statue of Liberty. To the left, the spire of the Empire State Building peeks above all else. Then at the end is a new look - The Whitney which just opened a month ago. It moved from its location by the Guggenheim and the Metropolitan Museum of Art. As we took the stairs down to the street level again, people were everywhere. So crowded.

My friend told me he used to live in this neighborhood in the early 90s while he was in grad school. Then it was the meatpacking district,"Rent was cheap," he said. "Also, it was a huge hangout for the transgender community and it wasn't a safe neighborhood to walk around in at night."

Now the tracks are a tourist destination. Now the museum is another tourist-friendly destination. All the old meatpacking plants are being renovated into hip, new bars and loft apartments. And the rents do not look cheap due to all the new, modern apartment buildings being built.

In just 15 years, a neighborhood has been rebornand I visited it on Sunday while in New York City. I'm happy that an outdoor garden space has been created. I'm happy that so many come to enjoy it. I do wonder where the old inhabitants now live? 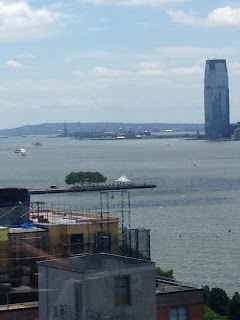 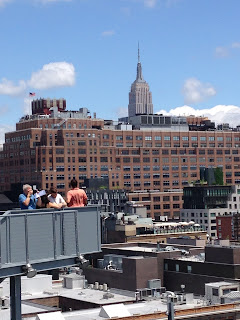 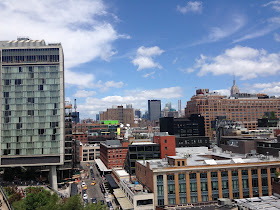 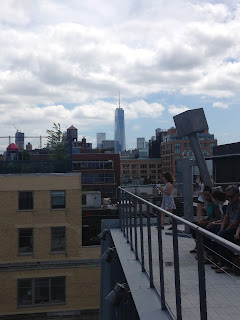 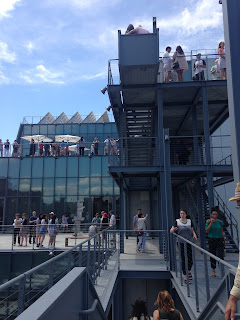